Grand Master Rodillo ‘Rodel’ Dagooc, the Man,  is considered as a living legend and one of the cornerstones of modern arnis. ) An inductee of Australasian Martial Arts Hall of Fame ( AMAHOF) and of World Karate Union Hall of Fame ( WKUHF ) in 2008,  duly-awarded for lifetime achievements in Modern Arnis. He is a protégé of the late Grand Master Remy Amador Presas, ‘the Father of Modern Arnis.’

Grand Master Rodel Dagooc did not rest on his laurels but strive to attain greater heights,   passing the torch to his top lieutenants, his anointed successors who would follow the same career paths he has trodden, leaving behind a legendary legacy… 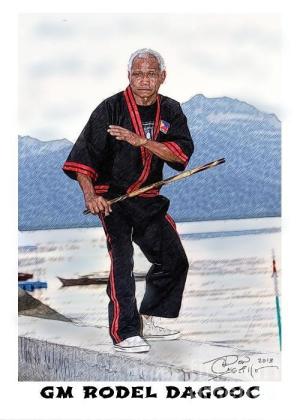 A  14-year old unassuming, unheralded teenager had brushes with Fate’s twists and turns of event at that tender age.  What is known as ‘calling in life’ was beckoning him to a direction he did not want to go.

His struggles with the physical injuries he sustained as he practiced  a type of martial art that relies heavily on what we call ‘baston’ or ‘cane’ developed within him a disdain for this kind of art.

Nonetheless, his dislike for this art was overwhelmingly overpowered by the  kinship that ran deep in the veins of his kindred folks.  His personal narrative tells us that his parents and brothers relentlessly taught him ‘the secrets’ of this martial art until he assimilated them in the deepest corners of his soul.

Hereunder are the timeline and recapitulation of the outstanding and stellar career of the man, the legend, and the cornerstone of Arnis, the stick fighting martial art enthroned and steeped deep in Filipino culture and tradition: 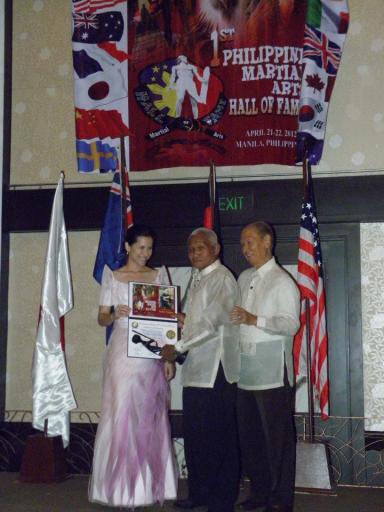 In a nutshell, his career has been decorated with legendary feats and accomplishments deserving an honourable place in the archives of the greatest martial artists of his generation.